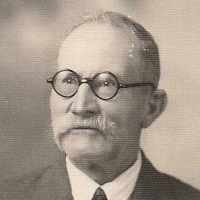 The Life Summary of Charles Colson

Put your face in a costume from Charles Colson's homelands.

Charles Colson Leavitt was born October 7, 1861 in Centerville, Utah, the second son of George Leavitt and Nancy Minerva Earl. He was named after his mother's uncle Charles Colson Rich, a member of th …