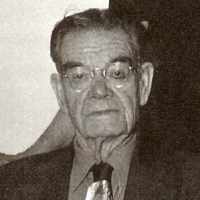 The Life of Joseph Gardner

Put your face in a costume from Joseph Gardner's homelands.

English: habitational name from Windsor in Berkshire, Broadwindsor in Dorset, or Winsor in Devon and Hampshire, all named from an unattested Old English windels ‘windlass’ + Old English ōra ‘bank’.