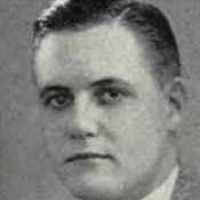 The Life of Jack Algernon

Put your face in a costume from Jack Algernon's homelands.

The Sixteenth Amendment allows Congress to collect an income tax without dividing it among the states based on population.
1919 · Mesa Arizona Latter-day Saint Temple Announced

The Mesa Arizona Latter-day Saint Temple was announced on October 3, 1919. Don Carlos Young and Ramm Hansen were chosen to design the temple. The Mesa, Arizona temple was the first temple to be built in Arizona.
1931