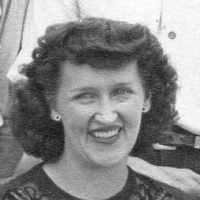 The Life of Elsie Marie

Put your face in a costume from Elsie Marie's homelands.

Efforts to realign Oneida County became the top priority on the political agenda as the county seat was fifty miles away from Preston. They succeeded in their efforts and the bill to create Franklin County was passed on January 30, 1913.
1932

As you look upon the name of this child, “Gordon Glen Bright” and see that his life on earth was limited to just over three years, do you think “I wonder what happened to him to cut his life so short? …