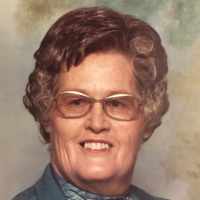 The Life of Annamarie

Put your face in a costume from Annamarie's homelands.

1 Irish: reduced Anglicized form of Gaelic Mac Toirdealbhaigh, a patronymic from the personal name Toirdhealbhach, a personal name meaning ‘like Thor’ or ‘like thunder’, composed of the Old Norse name þórr ( see Thor ) + Gaelic dealbhach ‘like’, ‘in the shape of’. Compare McCurley , from the lenited form.2 Altered spelling of German Thurley, from a personal name formed with Old High German tiuri ‘dear’, ‘valuable’ + līh (?), related to Gothic leiks ‘body’, ‘shape’.

“Grandma,” as she was known to most everyone on course just a few short years ago, had always supported Grandpa in his scouting responsibilities and endeavors. Whether it was the campouts he took the …