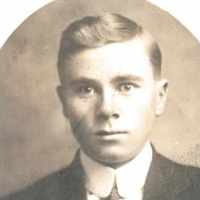 The Life of Rolen Veron

Put your face in a costume from Rolen Veron's homelands.

The Logan Temple Barn was built on the edge of the Logan temple property to house the animals belonging to the builders of the temple. It was one of only two stone barns built in Cache Valley. These barns became obsolete during the rise of the automobile era. The building and the land it was on was sold in 1919 and became an automobile repair shop. It was placed on the National Register of Historic Places on December 19, 1985, and is still standing today.
1912 · The Girl Scouts

1 English and Scottish: from Middle English bird, brid ‘nestling’, ‘young bird’ (Old English bridd), applied as a nickname or perhaps occasionally as a metonymic occupational name for a bird catcher. The metathesized form is first found in the Northumbrian dialect of Middle English, but the surname is more common in central and southern England. It may possibly also be derived from Old English burde ‘maiden’, ‘girl’, applied as a derisory nickname.2 Irish: Anglicization of Gaelic Ó hÉanacháin or Ó hÉinigh, in which the first element (after Ó) has been taken as Gaelic éan ‘bird’ ( see Heneghan ).3 Jewish: translation of various Ashkenazic surnames meaning ‘bird’, as for example Vogel .