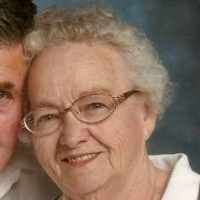 The Life of Emma Ruth

When Emma Ruth Gamble was born on 29 January 1927, in Park City, Summit, Utah, United States, her father, James Orvall Gamble, was 31 and her mother, Emma Inez Marsh, was 23. She married Joseph Burdette Miller on 24 August 1945. They were the parents of at least 1 son. She died on 14 April 2006, in Douglas, Converse, Wyoming, United States, at the age of 79, and was buried in Aztec, San Juan, New Mexico, United States.

Put your face in a costume from Emma Ruth's homelands.