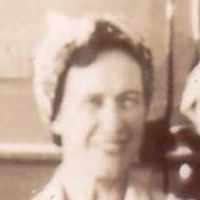 The Life of Mary Esther

Put your face in a costume from Mary Esther's homelands.

After the explosion of the USS Maine in the Havana Harbor in Cuba, the United States engaged the Spanish in war. The war was fought on two fronts, one in Cuba, which helped gain their independence, and in the Philippines, which helped the US gain another territory for a time.
1905 · The First National Bank of Rexburg

In 1905, the First National Banking Company opened to address the rising demand for centralized support of local commerce. It was later named the 1st National Bank of Rexburg. The bank provided loans on homes that were used for farming, among other services.
1917

1 English: from the Old English personal name and byname Wine meaning ‘friend’, in part a short form of various compound names with this first element.2 Welsh: variant of Gwynn .