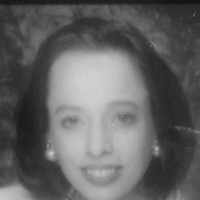 The Life of Patricia

Put your face in a costume from Patricia's homelands.

The Cuban Missile Crisis was a 13-day confrontation between the United States and the Soviet Union because of Soviet ballistic missile deployment in Cuba. This confrontation was the closest that the Cold War became a nuclear war.
1967 · The Portland Riots

The Portland Riots began as a political rally on July 30, 1967. A group of approximately 100 people gathered in Irving Park to regarding civil rights and discrimination. Rioting began that evening as more people had gathered and began to damage local stores in protest. The rioting ceased after the following evening.
1976 · The Copyright Act of 1976

Irish: Anglicized form of Gaelic Ó Maoil Eoin ‘descendant of the devotee of (Saint) John’. This is the name of an ecclesiastical family at Clonmacnoise. MacLysaght states that this surname is now numerous in County Clare where it is pronounced Maloon and is probably really Muldoon .