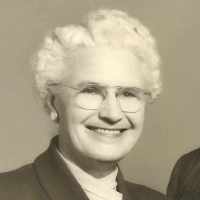 The Life of Hulda Johanna

Put your face in a costume from Hulda Johanna's homelands.

The Genealogical Society of Utah is formed. - A precursor society to FamilySearch, the GSU was organized on November 13,1894, in the Church Historian's Office of The Church of Jesus Christ of Latter-day Saints.
1912 · The Girl Scouts

I met Hulda and Ruth before I moved to Salt Lake City. Hulda was married to grandpa's cousin and when my parents went to Oregon when I was a child and that was when they met( I believe, I remember …