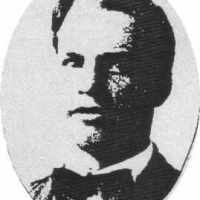 The Life of John Luther

Put your face in a costume from John Luther's homelands.

The Logan Temple Barn was built on the edge of the Logan temple property to house the animals belonging to the builders of the temple. It was one of only two stone barns built in Cache Valley. These barns became obsolete during the rise of the automobile era. The building and the land it was on was sold in 1919 and became an automobile repair shop. It was placed on the National Register of Historic Places on December 19, 1985, and is still standing today.
1903 · Department of Commerce and Labor

1 English: habitational name from any of the various places, for example in Cumbria, County Durham, Lancashire, Northumberland, and Yorkshire, named Dalton, from Old English dæl ‘valley’ ( see Dale ) + tūn ‘enclosure’, ‘settlement’.2 English and Irish (of Norman origin): habitational name for someone from Autun (D’Autun) in Seine-et-Loire, France. The place name derives from the Latin form Augustodunum, a compound of the imperial name Augustus + the Gaulish element dūn ‘hill’, ‘fort’.