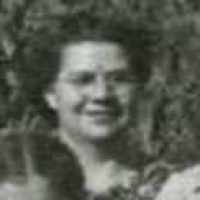 The Life Summary of Stella Minerva

Put your face in a costume from Stella Minerva's homelands.

From Latin stella ‘star’. This was not used as a given name before the 16th century, when Sir Philip Sidney seems to have been the first to use it (as a name deliberately far removed from the prosaic range of everyday names) in the sonnets addressed by Astrophel to his lady, Stella. Stella Maris ‘star of the sea’ was, however, established long before that as a byname of the Virgin Mary, and may have had some influence on the choice of the word as a name.

AUNT STELLA The following life sketch was part of the information given by Denny Langford at Stella’s funeral. Stella Minerva Edvalson was born on April 11, 1907 in Emmett, Idaho to Carl Patrick and …