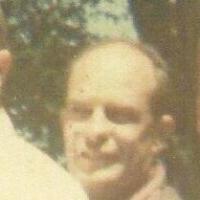 The Life of Dewain Connell

Put your face in a costume from Dewain Connell's homelands.

Amelia Earhart completes first solo nonstop transatlantic flight by a woman.
1934 · The Construction of a Reservoir

In 1933 the funds were obtained to start building a reservoir at the Pineview site. President Roosevelt then authorized the Ogden River Project on November 16, 1935 and was supervised and fully funded under the National Industrial Recovery Act.
1950