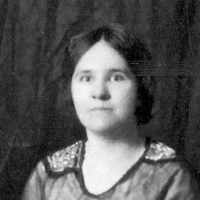 After the explosion of the USS Maine in the Havana Harbor in Cuba, the United States engaged the Spanish in war. The war was fought on two fronts, one in Cuba, which helped gain their independence, and in the Philippines, which helped the US gain another territory for a time.
1903 · Department of Commerce and Labor

1 English (mainly East Anglia): metonymic occupational name for someone who dealt in weights and measures, for example a grain factor, from Middle English pekke ‘peck’ (an old measure of dry goods equivalent to eight quarts or a quarter of a bushel).2 English: variant of Peak 1.3 Irish: variant of Peak 2.

(taken from pages 235-237 of the Lorenzo Wilson Robbins Family History Book written by LaRhea Hawkins Marchant): I, Lillian, was born in Salt Lake City, Utah, 19 February 1917. Both of my paren …