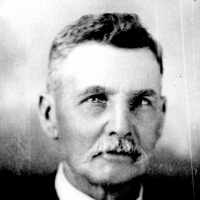 The Life Summary of Alpha Loader

Put your face in a costume from Alpha Loader's homelands.

I was born September 30, 1878, at Logan, Cache County, Utah. My parents, Alpha Loader Jaques & Amy Eliza Ricks Jaques, were pioneers to the upper Snake River Valley in 1885. My father was born on th …