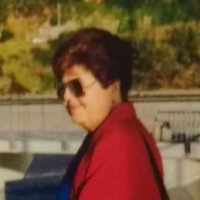 The Life of Nina Laverne

Put your face in a costume from Nina Laverne's homelands.

English: metonymic occupational name for a trapper or hunter, in particular someone who caught fish, especially eels, by setting up wicker traps in rivers and estuaries, from Middle English wile ‘trap’, ‘snare’ (late Old English wīl ‘contrivance’, ‘trick’ possibly of Scandinavian origin), or in some cases probably a nickname for a devious person.