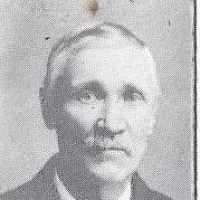 The Fort Tejon earthquake, on January 9, 1857, registered at 7.9, making it one of the largest earthquakes ever recorded in the United States. Only two people were killed, largely due to the sparse population in the area where the earthquake occurred. As a result of the large scale shaking, the Kern River was turned upstream and fish were stranded miles from Tulare Lake as the waters were rocked so far from its banks.
1863

1 Scottish: habitational name from Lindsey in Lincolnshire, England.This is first found in the form Lindissi, apparently a derivative of the British name of Lincoln . To this was later added the Old English element ēg ‘island’, since the place was virtually cut off by the surrounding fenland.The surname was taken to Scotland at an early date and is the name of an important and powerful Scottish family.2 Irish: adopted as an equivalent of various Gaelic names ( see Lindsey ).

William Thomas Lindsay was born on 22 October 1854 in Kaysville, Davis, Utah Territory to William Buckminster and Julia Parks Lindsay. William Thomas was the fourth of eight children, three girls and …