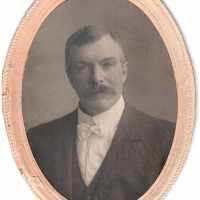 English: habitational name from any of the places so called, in southwestern Lancashire (now Merseyside), Gloucestershire, Oxfordshire, Shropshire, and Devon, all of which are named from Old English prēost ‘priest’ + cot ‘cottage’, ‘dwelling’. The surname is most common in Lancashire, and so it seems likely that the first of these places is the most frequent source. It is also present in Ireland, being recorded there first in the 15th century.History: John Prescott of Standish, Lancaster, England, arrived in NewEngland in 1640 and in 1643 was one of the first settlers ofLancaster, MA. His descendants include several prominent Americans ofthe revolutionary war, including Samuel Prescott, born in Concord, MA,in 1751, whose fame lies in completing the midnight ride of warning in1775 after Paul Revere was captured.

". . . cattle man, farmer and a horse trainer whom turned down an offer 2 be a horse thief or a cattle rusller. who also was priveleged and religious enough to be ordained a High Priest before 11 Dece …