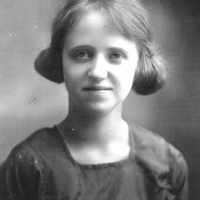 The Life of Mary Luella

Put your face in a costume from Mary Luella's homelands.

The first of many consumer protection laws which ban foreign and interstate traffic in mislabeled food and drugs. It requires that ingredients be placed on the label.
1919 · Mesa Arizona Latter-day Saint Temple Announced

The Mesa Arizona Latter-day Saint Temple was announced on October 3, 1919. Don Carlos Young and Ramm Hansen were chosen to design the temple. The Mesa, Arizona temple was the first temple to be built in Arizona.
1927