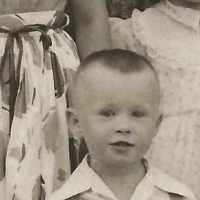 The Life of Steven Graham

When Steven Graham Hatch was born on 27 March 1951, in Idaho Falls, Bonneville, Idaho, United States, his father, Charles Steven Hatch, was 31 and his mother, Margery Jane Doxey, was 26. He died on 30 September 2013, at the age of 62, and was buried in Provo, Utah, Utah, United States.

Put your face in a costume from Steven Graham's homelands.

The civil rights movement was a movement to enforce constitutional and legal rights for African Americans that the other Americans enjoyed. By using nonviolent campaigns, those involved secured new recognition in laws and federal protection of all Americans. Moderators worked with Congress to pass of several pieces of legislation that overturned discriminatory practices.
1955 · Council-Manager Government Voted In

Voters chose a council-manager form of government in Provo.
1968