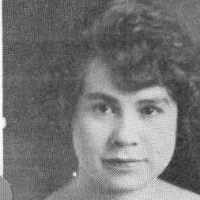 The Life of Julia Furnessia

Put your face in a costume from Julia Furnessia's homelands.

This Act set a price at which gold could be traded for paper money.
1909 · Pioneer Park Opens

A monument honoring the Provo pioneers and Indian war veterans was dedicated on July 24, 1909, as Pioneer Park opened to the public.
1919 · The Eighteenth Amendment