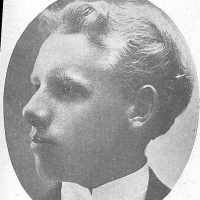 The Life Summary of Nephi Amitzbol

Put your face in a costume from Nephi Amitzbol's homelands.

From his father Christian Anderson's journal transcriptions: "Monday Nov. 7 1881 My wife Anna Dorthea gave birth to a son 4 am. We afterwards named him Nephi Amitzbol Anderson." In a Journal entr …