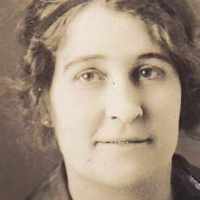 The Life of Louise Catherine

Put your face in a costume from Louise Catherine's homelands.

This Act tried to prevent the raising of prices by restricting trade. The purpose of the Act was to preserve a competitive marketplace to protect consumers from abuse.
1891 · Lots for sale

The city lots were disposed of at an auction sale, which made way for new houses, commercial buildings and manufacturing plants to be erected and caused an increase of people moving to the region.
1910 · The BSA is Made

1 German: topographic name for someone who lived by an elder tree, Middle High German holder, or from a house named for its sign of an elder tree. In same areas, for example Alsace, the elder tree was believed to be the protector of a house.2 Jewish (Ashkenazic): ornamental name from German Holder ‘elder tree’.3 English (chiefly western counties): occupational name for a tender of animals, from an agent derivative of Middle English hold(en) ‘to guard or keep’ (Old English h(e)aldan). It is possible that this word was also used in the wider sense of a holder of land within the feudal system. Compare Helder .