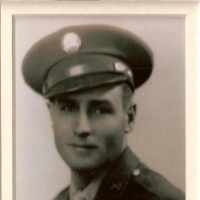 1 English: nickname for a cheerful or boisterous person, from Middle English ga(i)le ‘jovial’, ‘rowdy’, from Old English gāl ‘light’, ‘pleasant’, ‘merry’, which was reinforced in Middle English by Old French gail. Compare Gail 2.2 English: from a Germanic personal name introduced into England from France by the Normans in the form Gal(on). Two originally distinct names have fallen together in this form: one was a short form of compound names with the first element gail ‘cheerful’, ‘joyous’. Compare Gaillard , the other was a byname from the element walh ‘stranger’, ‘foreigner’.3 English: metonymic occupational name for a jailer, topographic name for someone who lived near the local jail, or nickname for a jailbird, from Old Northern French gaiole ‘jail’ (Late Latin caveola, a diminutive of classical Latin cavea ‘cage’).