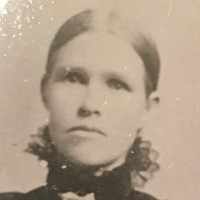 The Life of Lucy Ellen

Put your face in a costume from Lucy Ellen's homelands.

Prohibits the federal government and each state from denying a citizen the right to vote based on that citizen's race, color, or previous condition of servitude. It was the last of the Reconstruction Amendments.
1884

Joseph Seth Barney was born in Nauvoo, Hancock County, Illinois on 17 August 1845. He moved to Salt Lake City from Council Bluffs, Iowa in 1851 with his father's family. In Salt Lake City his father …