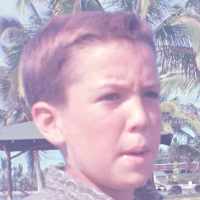 The Life of Michael Jay Marques

Put your face in a costume from Michael Jay Marques's homelands.

The civil rights movement was a movement to enforce constitutional and legal rights for African Americans that the other Americans enjoyed. By using nonviolent campaigns, those involved secured new recognition in laws and federal protection of all Americans. Moderators worked with Congress to pass of several pieces of legislation that overturned discriminatory practices.
1955 · Disneyland Opens

English: from Old English hāligdæg ‘holy day’, ‘religious festival’. The reasons why this word should have become a surname are not clear; probably it was used as a byname for one born on a religious festival day.