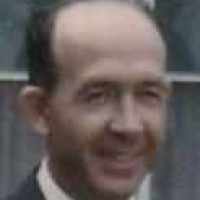 The Life of James Wallace

When James Wallace Lewis was born on 10 January 1925, in Pettis, Missouri, United States, his father, Iral Ellsworth Lewis, was 29 and his mother, Stella Adella Waters, was 25. He married Emma Rue Eyre on 9 November 1942, in Billings, Yellowstone, Montana, United States. They were the parents of at least 2 sons. He died on 21 July 2008, in Twin Falls, Twin Falls, Idaho, United States, at the age of 83, and was buried in Fair Oaks, Sacramento, California, United States.

Put your face in a costume from James Wallace's homelands.