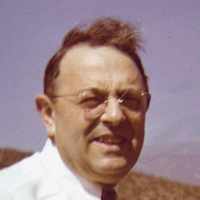 The Life Summary of Frank Wilson

Put your face in a costume from Frank Wilson's homelands.

Swiss German, German, and Norwegian: topographic name for someone living by aspen trees, from Middle High German aspe, or a habitational name for someone from a place called with this word (compare Asp ). This surname is rare in Germany and virtually non-existing in Switzerland.Americanized form of Arabic Esber 1 or Esper 4.History: Many of the American Aspers are descendants of Johannes Georg Asper and his family, who in the middle of the 18th century came from the Palatinate, Germany, and settled in York County, PA. Johannes Georg's father was from Switzerland.

A Ridiculously Short Biography of Frank W. Asper Frank Wilson Asper was born to William and Rebecca Jane Noall Asper in Logan, Utah, on February 9, 1892. He was the youngest of five children. Frank …