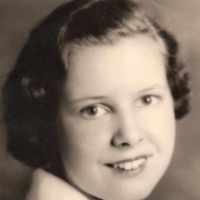 The Life of Virginia Rose

Put your face in a costume from Virginia Rose's homelands.

Utah is home to one of the oldest coasters in the world that is still operational. The Roller Coaster, at Lagoon Amusement park, is listed number 5.
1931 · The Prehistoric Minnesota Woman

The Minnesota Woman was the name given to the skeletal remains of a woman thought to be 8,000 years old found near Pelican Rapids. The bones were brought to the University of Minnesota for more study. Later, Dr. Albert Jenks identified them as the bones of a 15 or 16 year old woman. Scientists now recognize the girl as someone whose ancestors were Paleo-Indian and now her skeletal remains have been reburied in South Dakota, not available for further study.
1940 · Roosevelt County Museum Opens

English (Merseyside and Cheshire): probably a habitational name from a place in Cheshire named Big Low in the township of Rainbow. This place name is not on early record; it means ‘big mound’, from early Modern English big + low ‘mound’, ‘hill’ (Old English hlāw).