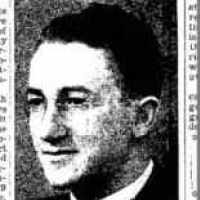 The Life of Seth Thomas

Put your face in a costume from Seth Thomas's homelands.

The first of many consumer protection laws which ban foreign and interstate traffic in mislabeled food and drugs. It requires that ingredients be placed on the label.
1909 · Pioneer Park Opens

A monument honoring the Provo pioneers and Indian war veterans was dedicated on July 24, 1909, as Pioneer Park opened to the public.
1931

1 English: topographic name for someone who lived by a copse or thicket, Middle English s(c)hage, s(c)hawe (Old English sceaga), or a habitational name from any of the numerous minor places named with this word. The English surname was also established in Ireland in the 17th century.2 Scottish and Irish: adopted as an English form of any of various Gaelic surnames derived from the personal name Sitheach ‘wolf’.3 Americanized form of some like-sounding Ashkenazic Jewish surname.