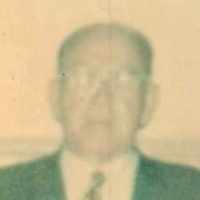 The Life of Clyde Oliver

Put your face in a costume from Clyde Oliver's homelands.

The world’s first movie theater was located in Pittsburgh. It was referred to as a nickelodeon as at the time it only cost 5 cents to get in.
1917

Americanized form of German Hinderschied, a habitational name from an unidentified place (probably in the Middle Rhine area).