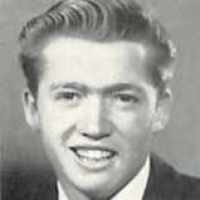 The Life of Jack C

Put your face in a costume from Jack C's homelands.

Galloping Gertie is the reference used to describe the Tacoma Narrows Bridge. It opened on July 1, 1940 four months later it no longer existed. On November 7, 1940 the wind guests came up to 40 miles an hour causing the bridge to twist and vibrate violently before it collapsed into Puget Sound. The only victim of the bridge collapsing was a three-legged paralyzed dog named Tubby whose owner tried to rescue him from the car but he wouldn’t go with him.
1955 · The Civil Rights Movement Begins

1 English (also well established in South Wales): topographic name for someone who lived in a nook or hollow, from Old English and Middle English hale, dative of h(e)alh ‘nook’, ‘hollow’. In northern England the word often has a specialized meaning, denoting a piece of flat alluvial land by the side of a river, typically one deposited in a bend. In southeastern England it often referred to a patch of dry land in a fen. In some cases the surname may be a habitational name from any of the several places in England named with this fossilized inflected form, which would originally have been preceded by a preposition, e.g. in the hale or at the hale.2 English: from a Middle English personal name derived from either of two Old English bynames, Hæle ‘hero’ or Hægel, which is probably akin to Germanic Hagano ‘hawthorn’ ( see Hain 2).3 Irish: reduced Anglicized form of Gaelic Mac Céile ( see McHale ).