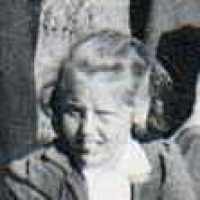 Put your face in a costume from Lawona's homelands.

The Star-Spangled Banner is adopted as the national anthem.
1936 · Sanpete County Courthouse

Sanpete County Courthouse is built of the same oolite stone as the Manti Tabernacle and Temple. When it was built the stones were cut in larger blocks and finished with a smooth surface. The stone monument on the NE corner of the lot marks a corner of one of the forts that was built in the city to protect the pioneers from marauding Indians.
1950