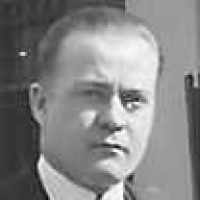 The Life of Howard Peter

Put your face in a costume from Howard Peter's homelands.

Grace Wilbur Trout was elected president of the Chicago Political Equality League and started her presidency by making sure that each senate district was supporting suffrage for women. A few months later, the bill was up for voting in the state. Trout and her team went as far as to get male voters from their homes. The bill passed giving Women the right to vote for President of the Nation and all local offices not in the Illinois Constitution.
1915 · Dinosaur National Monument