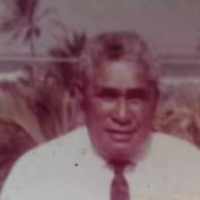 The Life of Charles Elikai

Put your face in a costume from Charles Elikai's homelands.

A law that established government on the island of Puerto Rico and gave all Puerto Ricans citizenship. This law was replaced by the Jones–Shafroth Act in 1917.
1916 · The First woman elected into the US Congress