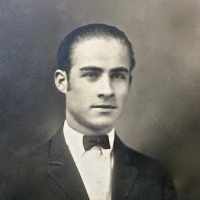 The Life Summary of Thomas Delice

Put your face in a costume from Thomas Delice's homelands.

Swedish and Finnish (of Swedish origin): ornamental name from placenames in Finland and Sweden such as Ant(t)ila and Antby, or from the personal name Swedish Anders or Finnish Antti + the suffix -(l)in, derived from Latin -(l)inius ‘relating to’. This surname is more common in Finland than in Sweden. See also Anttila .