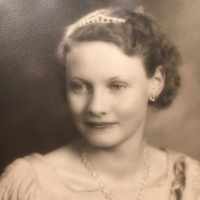 The Life of Eleanor

Put your face in a costume from Eleanor's homelands.

President Warren G. Harding's visited Utah as part of a broader tour of the western United States designed to bring him closer to the people and their conditions. After Speaking at Liberty Park, the president went to the Hotel Utah where he met with President Heber J. Grant and talked to him about the history of the church.
1933 · Sons of Utah Pioneers

A Memorable Trip to Canada

I went to Canada after I got out of high school, because my Aunt Eleanor was pregnant. She had many miscarriages before, and she really wanted this baby. The doctor told her she would have to stay dow …