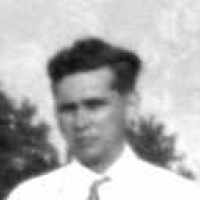 The Life of Owen Everett Joseph

Put your face in a costume from Owen Everett Joseph's homelands.

1 English and German (also found in Alsace): variant of English Luke , German Lukas .2 German (also Lück): from a short form of Lüdeke, a pet form of Ludolph ( compare Liedtke 2) or occasionally from Ludwig or Lucas .3 Dutch (van Luck) and English: habitational name from Luik, the Dutch name of the Belgian city of Liège.