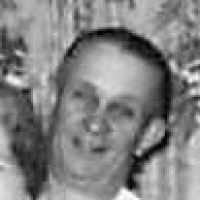 The Life of Francis John

Put your face in a costume from Francis John's homelands.

Being listed on the National Register of Historic Places, The Salt Lake City Union Pacific Depot dates to the more prosperous era in the history of American railroad travel. Originally called the Union Station, it was jointly constructed by the San Pedro, Los Angeles and Salt Lake Railroads and the Oregon Short Line. The platforms behind the station ran north-to-south, parallel to the first main line built in the Salt Lake Valley. When Amtrak was formed in 1971, it took over the passenger services at the station, but all trains were moved to the Rio Grande station after it joined Amtrak. In January 2006, The Depot was opened as a shopping center that housed shops, restaurants and music venues.
1926 · The Dough Boy Monument

When the United States entered the World War, the people of Mt. Pleasant loyally responded to every call. One hundred and eighteen boys enlisted from Mt. Pleasant and only three of them died in service.  In June 1918, there was a deposit of $7,500 in the Mt. Pleasant Com¬mercial and Savings Bank by the treasurer of the National American Red Cross, N.S. Nielsen. Local committees were organized within the local Red Cross. With much collaboration with the community, the Doughboy statute was erected to honor the soldiers that fought and died in World War II.