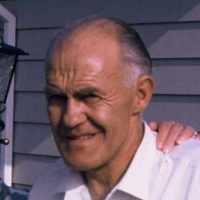 The Life of Merrill Orin

Put your face in a costume from Merrill Orin's homelands.

To honor Thomas D. Dee, his wife and her children built a hospital as a memorial to him. Located on 24th Street and Harrison the hospital served the community for 59 years. After it closed its doors in 1969, a new hospital was constructed near 39th street and Harrison in 1971. Located next to another hospital, the two hospitals ultimately merged together bearing both names of McKay, after David O. McKay, and Thomas Dee, to honor the hospital that served the surrounding area for many years. The McKay-Dee Hospital is still in operation but has moved from its original spot.
1927

Mild, calm, gentle. Clementina is a female version of Clement.