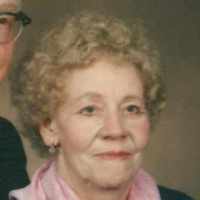 The Life of Una Mary

Put your face in a costume from Una Mary's homelands.

Zoo Idaho opened its doors at a local trailer park with just two animals on display. A few years later, C. Ben Ross appropriated funds for the purchase of land to create a park and a zoo. Today the zoo is home to 89 animals, all of which are native to the Intermountain West.
1938 · The Chief Theater

The Chief Theater was a local landmark that served the community for over 40 years. When the Theater closed in 1984 it was donated to the city and major renovations were under way. With the help of the newly formed Chief Foundation, bookings started being accepted. Sadly, in early 1993, a fire broke out and destroyed the building. The only thing that survived was the tile mosaic which was installed next door after the rest of the building was demolished for a parking lot.

English (also found in Wales): patronymic from the Middle English personal name Jenk, a back-formation from Jenkin with the removal of the supposed Anglo-Norman French diminutive suffix -in.