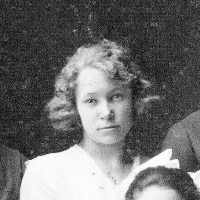 The Life of Josie Evelyn

Put your face in a costume from Josie Evelyn's homelands.

Known as the National Bureau of Criminal Identification, The Bureau of Investigation helped agencies across the country identify different criminals. President Roosevelt instructed that there be an autonomous investigative service that would report only to the Attorney General.
1916 · The Logan Library

The Logan Library was created to serve the fifty thousand citizens of Logan with the access of over two hundred thousand items for children, teens, students, and adults to check out and learn from. The library also provides several programs that are popular with the community. The library moved to its current location in 2009 and reached a milestone in items checked out in 2012, at over 1 million.
1929