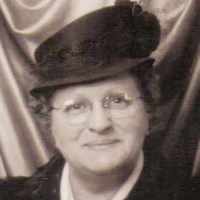 The Life of Florence Amelia

Put your face in a costume from Florence Amelia's homelands.

Personal History given at William Boy Jr.'s funeral by his son William Boy III: William Boy did not live an outstanding life, by the standards of the world. He did not climb Mount Everest, receive hi …