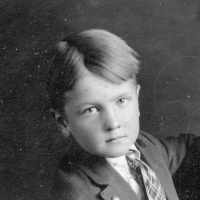 The Life of Robert Burton

Put your face in a costume from Robert Burton's homelands.

Like the Boy Scouts of America, The Girl Scouts is a youth organization for girls in the United States. Its purpose is to prepare girls to empower themselves and by acquiring practical skills.
1919 · Mesa Arizona Latter-day Saint Temple Announced

Americanized spelling of German Pfautz , a nickname for a self-important person.