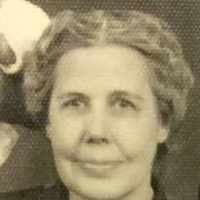 The Life of Kathe Moneta

Put your face in a costume from Kathe Moneta's homelands.

A law that funded many irrigation and agricultural projects in the western states.
1904

HISTORY OF MARY ELLEN ROWE FREEMAN Given at Her Funeral Service Years ago when Aunt Nellie Freeman, as we all affectionately called her, was very active, I had an occasion to visit her home for reas …