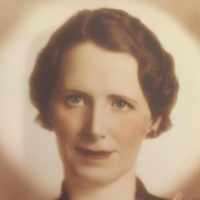 The Life of Edythe Irene

Put your face in a costume from Edythe Irene's homelands.

Built in 1902, the Utah Governor's Mansion is the official residence of the Governor of Utah and their family. The mansion was built using the finest materials by the finest craftsmen available, resulting in a quality and style like that of Eastern mansions. From 1957 to 1977, the Utah Historical Society occupied the mansion as a library, museum, and office space. In 1977, the residence underwent extensive renovations and was again reopened in 1980. In December 1993, a fire destroyed much of the mansion but, after another restoration, the historic building was restored to its original design with upgrades in case of another disaster threatened the home. It was listed on the U.S. National Register of Historic Places in 1970.
1915 · Dinosaur National Monument

English: perhaps a variant of Badley .

Went to school to learn to sew and became a seamstress. Cooked meals for ranch hands on the farm. Was an accomplished pianist who was as a teenager played at many weddings. One night, at age 16, on …