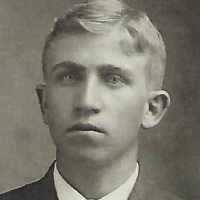 The Life of Irvin Elmer

Put your face in a costume from Irvin Elmer's homelands.

Benjamin Franklin Whitmer, Sr., his wife, Florenia Sonifrank, and their children, Angus, Lilly, Elmer, and Minnie came to Central, Arizona in March 1888 from West Virginia after joining the LDS Church …