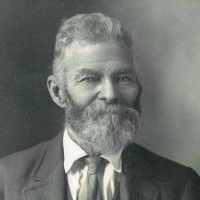 A Story in the Life of Jacob Flynn Hutchinson, Jr. by his son, William Smith Hutchinson

In the spring of 1847 a party of people left the city of Boston, Mass., to try their luck and fortune in the West. At that time, as we all know, a venture of that kind was no small undertaking. Ox-dr …