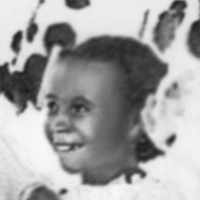 The Life of Veletta Theodora

Put your face in a costume from Veletta Theodora's homelands.

A law that makes it a crime to misbrand meat being sold as food, and ensures that the meat is slaughtered and processed under sanitary conditions.
1931

She was the oldest of three daughters born to Elbert H Tilton and Bertie Hamilton DeVilbiss Tilton. She was always known as "Dora". Having earned her teaching degree at Tempe State Teachers College (A …