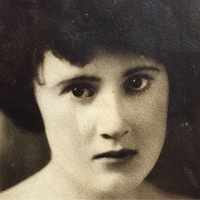 The Life of Ruby Gertrude

When Ruby Gertrude Hopkins was born on 24 June 1903, in Round Valley, Custer, Nebraska, United States, her father, Samuel Hopkins, was 25 and her mother, Daisy May Ward, was 20. She married Robert Lewis Bell on 4 February 1922. They were the parents of at least 1 son and 2 daughters. She lived in Victor, Teton, Idaho, United States in 1935 and Election District 5, Albany, Wyoming, United States in 1940. She died on 13 July 1976, at the age of 73, and was buried in California, United States.

Put your face in a costume from Ruby Gertrude's homelands.